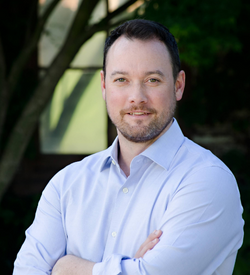 How does an author get a co-branded partnership with a major shoe brand? Basketball legends, sure. Michael Jordan has a line of Nikes. Music icons, naturally. Kanye’s Yeezy paired with Adidas. And now, Todd Herman and Brooks Running. The MMT Member, performance coach and author of The Alter Ego Effect: The Power of Secret Identities to Transform Your Life is perhaps the first to launch a line of running shoes based on a book.

If Todd hadn’t come to MMT Napa in 2015, he might not have Alter Egos, a series of sneakers by Brooks based on his strategy surrounding alternate identities: Perform as your hero and you’ll do better (perform with the persona of a top athlete and you’ll run faster). He might not be a bestseller. Todd says he may not have written a book at all had he not met his writing partner Tucker Max through MMT.

“This book would still be living in my head if Tucker weren't my biggest champion. All of this happened because Jayson Gaignard sat him and I next to each other.”

(We have members complete surveys that include what we like to call uncommon commonalities. This allows us to be exceedingly specific with seating arrangements that will often support future outcomes. It’s one way to “engineer serendipity.”)

One event, one dinner, even one seating arrangement can change your life.

Community curator Jayson Gaignard is known for planning events around people, with guest lists designed to foster compelling connections. He plans thoughtful seating arrangements for dinner parties, roundtables, even speaking events. Jayson sat Todd next to Tucker at a full-day session in Napa Valley. Jayson knew Todd had a book in him, and Tucker, another MMT Member, is co-founder of Scribe Media, a company that helps clients write, market and publish their books. Tucker, himself a New York Times bestselling author, has worked with everyone from Dan Sullivan to David Goggins to Tiffany Haddish on their titles through Scribe.

It went something like this: Tucker and Todd got to talking and after Todd shared a bit more about what he does (building Alter Egos for people to help the perform better), Tucker responded with: ‘Well, if you're not writing a book about that you're fucking idiot.’ Todd had heard this before and shared his struggle with dyslexia, meaning “it's not quite as easy.” Tucker reminded Todd there are people out there who can help and Todd mentioned not yet knowing someone who could. Tucker replied “Well... you just did, that's what we do.” Thirty minutes later there was an email in Todd’s inbox to sign-up with Scribe. Deal done.

After three years of research, writing and interviews, Todd had a draft. Tucker posted to the MMT Forum when the first-time author submitted his pages to the publisher, writing: “Todd being Todd is far too humble to talk about this. He didn't even want to talk about how he got a huge advance from a big publisher, or about all the cool people he profiles in the book. Ok fine, but I'll be damned if we don't at least honor this success.”‍

The Alter Ego Effect made the Wall Street Journal bestseller list. Todd was a guest on Entertainment Tonight and featured in a segment in NFL films on the NFL Network. He wrote another book, this one for kids, My Super Me: Finding the Courage for Tough Stuff. And, when Fox launched a singing competition show called Alter Ego, in which contestants compete as avatars, Todd consulted with producers and helped them with the transformational story arc of the contestants. With each of these milestones, the whole community celebrated alongside him.

Some got more involved. Fellow Member Erik Kerr’s Draw Shop created a short, animated video to explain the concept of alter egos. Todd lobbed the praise right back, “The entire process was world-class,” he said of working with Draw Shop. Whether it’s a personal or professional milestone, Members never celebrate or struggle alone.

Even with the book’s success and his demanding schedule, Todd made time for his community. He joined Kristi Herold’s company team-building activity, the Sport & Social Group book club, making a virtual appearance and taking additional time afterwards to answer Kristi’s questions. Todd offered the same extended time to Jake Puhl, staying on Zoom past his speaking time to answer questions from the entrepreneurs in attendance.

Perhaps the most emotional impact of Todd’s alter ego philosophy among members came from Maria Dakas, whose daughter saw Todd speak at the 2019 ArchAngel Summit and took his message about embodying personal heroes to heart. Maria got this text from her daughter afterwards: “My alter ego is you.” She shared the moment on the MMT Forum.

In his most recent commitment to the community, Todd moved to Kelowna to be near his close friends and West Coast members Matt Bertulli, Dan Martel, Nicholas Kusmich and Brad Pedersen, among others.

Todd remains an active Member and loyal fan: “I’d come to MMT if it was just a fire pit and tents.” 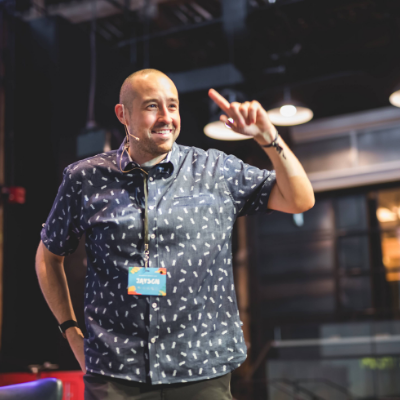