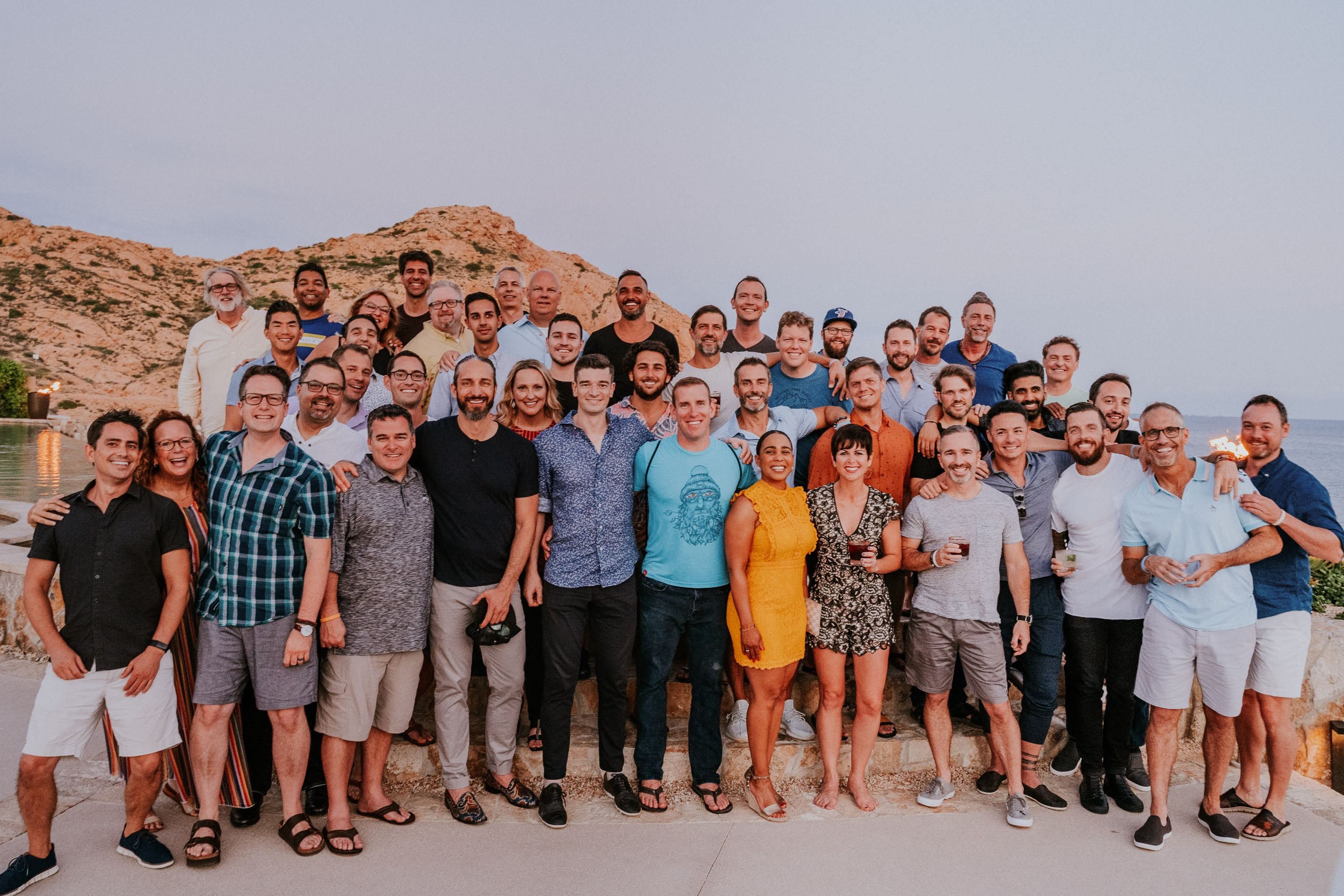 It can be lonely at the top of a company. Entrepreneurship can be isolating and exhilarating, with highs and lows likened to roller coasters, creative mania—and riding a lion.

"People look at [a guy riding a lion] and think, He's brave!" one CEO told Inc. Magazine. "And the man riding the lion is thinking, How the hell did I get on a lion, and how do I keep from getting eaten?"

Entrepreneurs face risk and save face; they need sanctuary.

Many turn to invite-only communities for networking, troubleshooting and commiseration. These groups developed screening methods and a trend emerged—barriers based on industry or business size. Often, if your company doesn’t generate benchmark revenue, you’re not invited.

But is your company’s bottom line the best metric for curating your support network? ‍

Healthy groups require empathy. An oft-cited report from Google found that psychological safety, the ability to take risks without fear of judgement, was the most critical factor for strong team dynamics. According to New York Times coverage of Google’s report, “We must be able to talk about what is messy or sad.” In a word, we need to be human.

Entrepreneurs, as humans, have more in common than their current ventures. It’s a well-known psychological profile—over-achievers prone to burnout. A staggering 72 percent of entrepreneurs are affected by mental health issues, directly or indirectly, compared to 49 percent of non-entrepreneurs. Relationships, physical health and family ties are common casualties. At MMT, members admit their personal lives need growth strategies as much as their businesses do. What they’re really looking for is community, minus the status-obsession.

“You don’t need to concern yourself with wantrapreneurs or people whose bios resemble a potpourri of trendy buzzwords,” alumni Sol Orwell wrote about MMT. “This means you can hang out with your guard down.”

Business owners are responsible for the livelihoods of their employees, often holding themselves to impossible metrics and stretch goals. Even leaders at small companies might not express reasonable doubts for fear of contaminating the culture. Taking that guard down is rare and necessary. Authenticity and vulnerability are not only encouraged at MMT, they’re core behaviors drafted by a community seeking psychological safety.

Screening exclusively for revenue, industry or demographics (say, under 45) doesn’t necessarily build that container of support or encourage the cross pollination of ideas across industries and business sizes. Most importantly, there’s something to be said for shared values. We replaced the central question: How much does your company make? with, Would we want to have dinner with you? (And not because restaurant small talk is hard).

Every business leader understands culture fit. Core values are hard to teach; skills can be learned. Shouldn’t your peer network follow the same principle as your hiring practice? This philosophy can even lead to better troubleshooting, since screening for revenue alone could sacrifice a group’s range. A small start-up founder might have loads in common with (and lots to teach) a serial entrepreneur whose since exited their business and moved into philanthropy (MMT member businesses earn anywhere from > $1 million to $300 million).

Seasoned entrepreneurs go from working on their business to working on themselves. Before that revelation, many confront a “crisis of meaning,” a craving for purpose beyond profit, even after outward success.

Without support, a crisis can end with a crash. Fostering deeper connections and prioritizing relationships is an important tactic for building resilience. Shared values help MMT members hold each other accountable for redefining success—in terms of health, personal freedom or social impact. Our core values include proactive generosity, endless curiosity and radical acceptance, among others. Many of our members form business partnerships, yes, but all of them form significant relationships. Or, as Member Chris Ashenden called it, “Lead gen for friends.”

‍Networking is meaningless without follow through. We often say that MMT is a gym, not a spa; you get what you put in. Anybody with an entry fee can attend a forum on global trade or a conference featuring Bill Gates. But business seminars and Gates’s TED Talks are also available online, on demand, free with any search engine. In a group built with intention, members share ongoing communication. At events, speakers are also members and therefore peers—there’s no frantic mob or meet-and-greet line. When you’re with the right people, encounters in the hallways between sessions can also be event highlights. Content is abundant, real community is scarce.

Finally, a caveat. Screening for revenue does make sense for scalability, and for big global groups, it works. Still, there will always be outlier cases. What if a serial entrepreneur hasn’t hit hockey stick growth on her current venture? What about authors, artists and freelancers? Running a business isn’t the only path to entrepreneurship. Candidly, MMT won’t resonate with everyone, and that’s okay. If we’re not the right fit for you, we’ll still help you find your community.